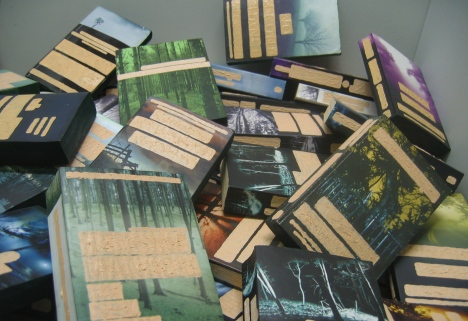 Making a Book of and with the Space, Emma Bolland 2014 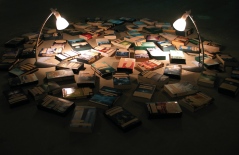 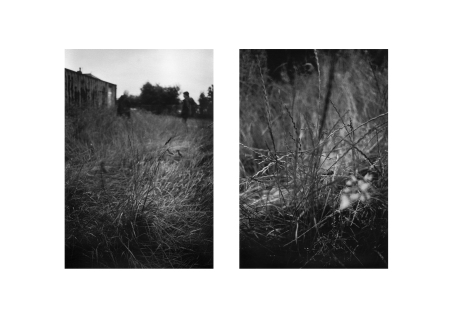 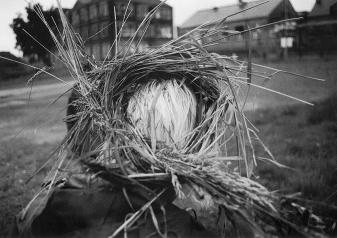 Emma Bolland is an artist and writer whose auto-fictive visual and written practice explores ambiguous memoir, fiction as research, the relationships between word and image, and the exploration of place as a repository for personal and collective memory. Her material processes are eclectic, including writing, performance for camera, reading as performance, drawing, moving image, and sound. She has exhibited and performed internationally, and her book works are held in collections at Tate Britain, The Victoria and Albert Museum, and The Saison Collection at the Royal Festival Hall.

Her text ‘Every Place a Palimpsest’ for Issue 1 of GeoHumanities foregrounded MilkyWayYouWillHearMeCall, a collaborative research project with Tom Rodgers and Judit Bodor, which explored the relations between place, memory and mourning. Site visits generated new artworks, co-authored exhibitions, and an ongoing series of book-works published by Gordian Projects.

Her film work explores landscape, memory, and books as ‘place’, and in 2014 she received a Laugharne Castle Poetry and Film Festival Dylan Thomas centenary film commission to make the short film Spells and Bone.

Her writing practice explores ‘creative translation’, ‘auto-fiction’, and art writing. Over In And Under (2015), a creative translation of Freud’s 1899 essay Überdekkerinnerungen was published by 3am magazine with an accompanying sound work. Dog Star*(dreaming transmissions from a cosmonaut bitch) (2015) was commissioned by artconnexion (France) and responds to Voltaire’s story Micromegas (1752). Lectolalia (2015) was commissioned by the Leeds College of Art Library Interventions Series and creates a prose poem from fragments of texts drawn from the stacks.

She has recently begun a new research project which proposes that an expanded screenplay form is a site that moves through place and time, with a topography mapped through psychoanalytical theories of the unconscious. Part of this project will involve an examination of the life of Joanna Gill (1907 – 1980), informed by walking the sites of the former artists’ communities in Sussex and North Wales where she spent her childhood.

Over, In, And Under (2015). A (hysterical) translation of of Freud’s 1899 essay Über Dekkerinnerungen, (Screen Memories).